Virtually nothing is known about this Flugscheibe designed by Ing. Achenbach near the end of the war. Only the nickname of it survives "Spiegelei" (Fried Egg) - which describes its basic configuration.

Looks like a single pilot experimental craft with multiple thrusters at the bottom disc ring with perhaps an observation dome located in the middle or bulging part of the propulsion system. The rings around the disc suggest that maybe this is a suction-flow type based on certain aerodynamic ideas put forth by Ludwig Prandtl to the Junkers aircraft company earlier with the Junkers AF-1 Absaugeflugzeug (suction aircraft) which was nicknamed the "Spinning Top". It is not known if any prototype of this disc craft was constructed or not.

AVA, however, worked with the suction motor concept on two early experimental aircraft from 1938-40- the AF-1 and AF-2. 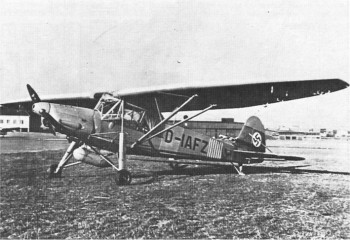 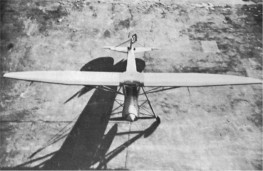 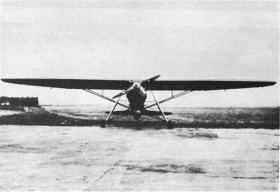 All flight tests were purely experimental and neither aircraft had a military equivalent - the Fieseler Fi-156 Storch STOL aircraft filling the utility role without need of a suction motor for ultra-short take-offs.