The Mistel (Misteltoe) composites were ultimately born of desperation due to Allied numerical superiority in both men and material. To turn the tide of battle the German aircraft industry resorted to designing unmanned explosive-laden aircraft launched and controlled by a parent aircraft. Although the first test of the concept was made in 1942 involving a Me Bf 109 and an unmanned DFS 230 glider, as the war progressed the concept gradually shifted from an offensive weapon to a purely defensive weapon.

Early Mistel combinations involved Me Bf 109 and Fw 190 aircraft acting as parent aircraft to mainly converted Ju-88 explosive carrier aircraft, so DFS was first tasked with developing the tripod strut supports to mate the two machines. These hooked into plates on the fighters’ wing roots while a single pole supported the fighters’ tails and kept the fuselage axes parallel. In some combinations the fighter sat at a 15 degree nose-down angle.

The first test of an actual fighter-bomber conversion combo occurred in July 1943. Flight testing was finished by October 1943 with concentrated development of warheads proceeding next. Eventually in 1944 a unit was tasked with using this deadly combination- II/KG201.

Throughout 1944 the Mistel attacks centered around shipping targets until November 1944 when ‘Operation Eisenhammer” (Ironhammer) was planned against ground targets in the USSR. Swept back by the Russian advance and the attack aircraft destroyed on the ground, the Mistel program was doomed to failure. But with the Allied bombing campaign in full swing emphasis was now placed on either attacking bomber formations or protecting German strategic locations.

At first, the new idea was to release the explosive-laden unmanned converted bomber into an Allied bomber stream and then detonate the thin-walled explosive charge with a powerful destructive effect. But when this proved impractical the design work returned back towards developing remote-controlled unmanned aircraft that could protect German strategic targets such as bridges.

Operation by remote control was performed by means of either a Revi sight or periscope and transmitted command signals - usually by radio.

To strike a ship or surface target required nothing more than the arching curve (dog’s leg) method whereby the parent aircraft released the unmanned explosive carrier craft and kept it within visual range while arching away, transmitting command controls for accuracy the entire time.

Mistel attacks were made with a variety of different combinations of fighters and bombers with little or no effect on the war situation in 1944-45.

In 1945, as collapse was near, frantic attempts were made to knock out German bridges to prevent the Allies from crossing over. The earlier propeller type Mistel combinations were now in a second generation phase of development with various German aircraft manufacturers proposing jet versions involving the use of  Ar-234, He-162, Me-262, Ju-287 and other project jet fighter and bombers for faster, more deadlier combinations.

In the spring of 1945, just before the last Mistel attack on April 16, 1945, DFS was working on an improved television guidance system for these aircraft based somewhat on the Hs-293D and Hs-293H glide bombs.

However, DFS primarily researched and built glider craft, advanced rocket powered craft, and performed design studies on various wing shapes. They also were working with largely wooden construction in 1945 due to lack of strategic materials and continuing sailplane research. However, the demand for Mistel combinations included almost every German aircraft manufacturer or research facility and DFS was no exception. Proposals were put forth for both the uncompleted DFS 228 and 346 rocket craft as Mistel aircraft.

That’s when the Berserker was conceived - right at the end.

The Beserker design (possibly designated DFS 360, referring to a 360 degree circle) was an odd combination of largely reinforced wooden construction disc, explosives, an array of Argus 044 pulse jets, and the application of television guidance.  It was to be roughly 30-40 meters in diameter, packed with liquid explosives, with the projected Argus 044 engines amassed to the rear of the craft.

The parent carrier aircraft was to be an un-designated large Project jet bomber, possibly designed by DFS as well (the projected DFS 464?). Guidance would be via television control (with radio command back-up) on top in a faired housing unit with the liquid explosives located near the front rim of the disc, multiple fuel tanks in a radial pattern inside the disc.

The name Berserker (frenzied, violent noisemaker) came from the anticipated noise of six running pulse jets roaring at the same time - enough to drive anyone crazy and also of some value as a terror instrument like the Stuka air sirens of 1939.

Once the Berserker was ignited and released at low altitudes, the screaming pulse jets of 6,606 lb total thrust would push the disc dive bomber into speeds well over 600 mph. A direct hit from the Berserker would involve not just the liquid explosive destructive effect but the remaining fuel detonation as well. The anticipated result from the explosion would be the equivalent of a fuel-air bomb with utter devastation.

If this would have worked it could have been the deadliest Mistel combination yet.

No work was known to have been started on the disc but the television guidance system was being perfected when the war ended.  A test aircraft had been prepared but it was destroyed by fire before trials could begin. Due to the disc design acting as another unstable wing above the bomber, a solid mounting was proposed with possibility of a rotating turntable to launch the weapon in any direction. 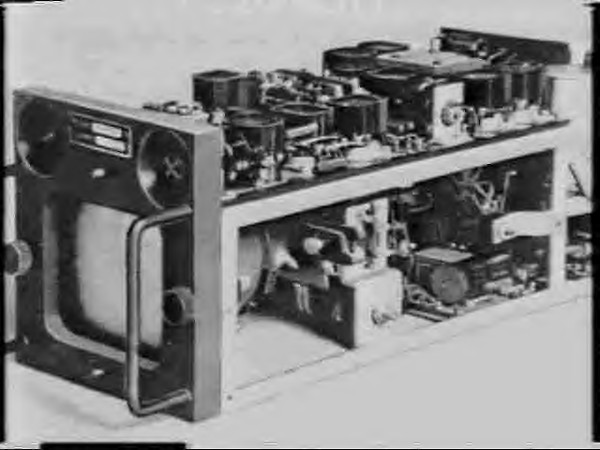 A similar platform was to be constructed as the AEG/Telefunken circular radome being developed for the Ar-234C jet night fighter. Perhaps the Ar-234C-5 or P-5 night fighter designs would have been more suitable and available jet platforms had the Berserker become reality prior to DFS-464 construction.