Perhaps one of the most over-looked aircraft designs in the history of aviation is the GEMA “Kristall Flugzeug” (Crystal Aircraft) projekt of 1945 which originated three decades before the F-117 Nighthawk dedicated stealth fighter.

GEMA (Gesellschaft für Elektroakustische und Mechanische Apparate) historically was the birthplace of German radar and sonar development, employing in 1940 around 6,000 workers. GEMA was responsible for the development of the Freya, Seetakt, FuMG 404, and PPI Panorama radars as well as various German sonar equipment during the war, producing thousands of units.


While GEMA concentrated mainly on radar development, the Luftwaffe inquired in 1944 if GEMA would investigate the claims by the SS that “crystal technology” could both improve radar equipment and that an application of a crystalline coating to a lightweight  fighter could possibly render such an aircraft totally “invisible” to Allied radars - all of them.

GEMA investigated a wide range of crystals using Siemens X-ray analysis and experimented with crystalline-coated materials subjected to various radar wavelengths using a specially modified DFS Weihe (Harrier) new build intended for sale to in 1945, similar to the license-built SE-104 trainer version already in use by the Swedish Air Force since 1943.

Normally, the Akaflieg-Munich Mu-18 Messkrähe (Measuring Crow) would be adapted for testing if it were just for an experimental stealth wing section, but could not in this case due to the need to cover the entire aircraft with crystalline coating and anti-radar materials. So, a major German aircraft manufacturer was contracted to heavily modify the DFS Weihe (reputed to be Messerschmitt).


GEMA also built an experimental crystal radar unit that utilized jasper crystals for radar detection but could not make it work successfully.

Although no photo is known to have survived of the heavily modified test glider, the faceted affixed crystalline coating mixed with dielectric radar absorption fillers and redesigned overlaid cockpit is said to have rendered the craft “invisible” to all German radars used to detect it. It was quickly dubbed the “Kristall Flugzeug” (Crystal Aircraft).


After 4 successful flights with the glider, the GEMA information gathered was passed along to the RLM (German Air Ministry) with a request for a full size fighter mock-up. Since DFS was already overburdened with their DFS 228 recon rocket plane, DFS 346 research rocket plane, and a new test plane for television guidance… the GEMA projekt was not realized before capitulation.

DFS had proposed a delta-winged craft to incorporate the crystalline technology, probably based on the Lippisch DM series of delta craft.

The “Kristall Flugzeug” was to be codenamed “Schwarz Diamant”- the “Black Diamond” under RLM provisional allocation 8-468.

The GEMA facility, however, was captured by the Soviets who sent thousands of its scientists and engineers back to the U.S.S.R. while demolishing some of its buildings. GEMA burned as many of its secret files as possible before evacuation.

The “Black Diamond” had not yet been assigned a RLM allocation number either and was believed to have been destroyed to prevent capture. So it remained a closely guarded secret for many years until intelligence went through the RLM files recovered at Wright Field.

Ironically, it was a postwar book by Soviet Professor Pyotr Ufimtsev on “radar diffraction through use of geometric shapes” that led directly to the USAF development of the faceted F-117 in the 1970s after the professor’s book was translated into English! It seems the Soviets did not get any information concerning the GEMA/DFS “Schwarz Diamant” and neither did they accept Ufimtsev’s theories on anti-radar shapes.

The USAF, not sure that faceting would initially work, called their first design of the new stealth fighter… the “Hopeless Diamond”! 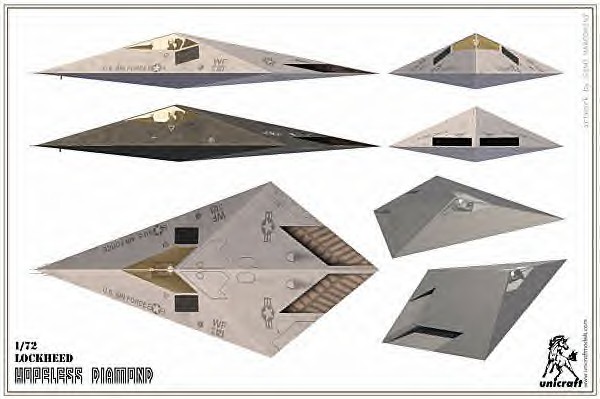 Meanwhile, independent had secretly built the stealth interceptor MBB (Messerschmitt-Bolkow-Blohm) Lampyridae (Firefly) w/o knowledge. In a visit to MBB in 1981 the USAF officials became infuriated when they saw the mock-up of the Lampyridae and put pressure on the West German Government to give the project up. It did in 1989 but MBB is claimed to have retained stealth knowledge as it evolved into DASA and now EADS. 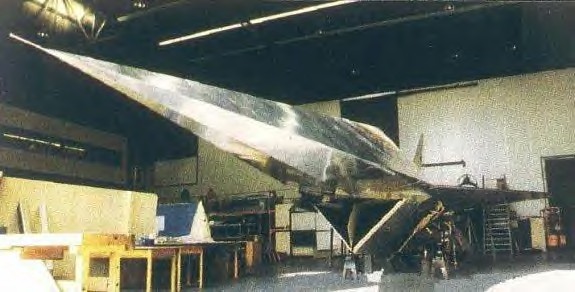 Had they the knowledge of both the USAF development and of their own GEMA data? No one can confirm either.

Yet one can only wonder what impact the GEMA “Schwarz Diamant” would have had on the air war in 1945 had the war progressed longer. While the Ho-IX/Go-229 is always credited as the first true stealth aircraft in the world, having flown on February 14, 1945... it is little-known or unknown that GEMA had its own stealth concept.