Under leadership of Dipl-Ing Rudolf Seitz the Messerschmitt P.1079/18 Schwalbe (Swallow) was initiated in 1942 at Messerschmitt Abteilung Lippisch.

This tailless annular aircraft with a wing leading edge sweep of 37 degrees was to be fitted with outboard slots, ailerons, and elevators. The single pilot aircraft would be powered by two Jumo 004b turbojets superimposed with the upper and lower air intakes separated by the cockpit and nose wheel enclosures.

The odd diagonally retracted wide-track main wheels were necessary due to the six protected fuel tanks located in the wings and body. They retracted forward into the wing roots.

The aircraft also had tail brakes installed due to its multi-role function as a ground attack aircraft, Schnell (Fast) bomber, and Zerstörer (Destroyer).

Due to the complexity of the design this early in the war the P.1079/18 was cancelled by the RLM in 1942 while the P.1079/17 eventually led to the Me-328 wooden parasite fighter powered by Argus pulse-jets.

The Schwalbe name, of course, was given to the Me-262. 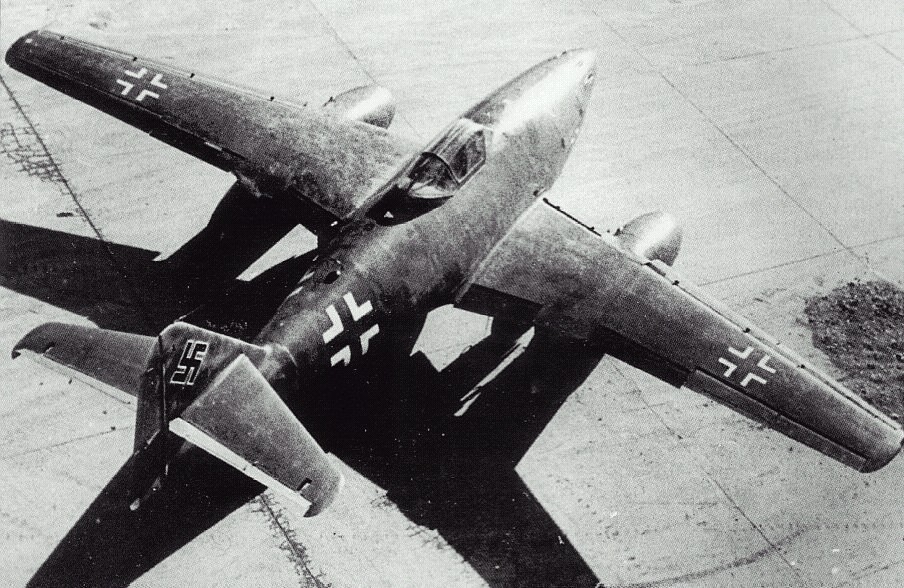